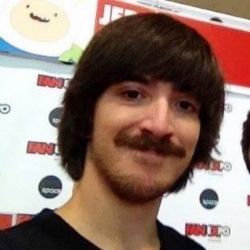 Lee Goldson also known as Barneyfag, Cheeseboy, x86x2, tm, and many other nicknames is a legendary 4chan poster and a Tracer foot enthusiast whose level of autism is rivalled by very few on the site. Lee has been on an autistic one-man crusade for more than a decade, motivated by his childhood trauma [2] and haunted by the threads that he lets archive (due to laziness). Lee spends upwards of 18 hours a day patrolling various boards on 4chan searching for posts that contain My Little Pony and Barney imagery in an attempt to eradicate things that he deems childish from the site and fight back against the people who he believes are targeting him with said imagery. Barneyfag replies to these posters with a set of images comparing the show (MLP) to Barney. Barneyfag almost always wishes death on the posters, sometimes describing in graphic detail how he would like to mutilate them.

He has the moral high ground.[3]

The poster referred to below as "Lee" or "Goldson" may not be Lee Goldson anymore, as it cannot be confirmed whether or not it is still him posting.

Goldson was born on January 8th 1995 and lives in Ontario, Canada. He formerly played in a band called "Whitecap Grave", although he has since left to spend more time on 4channel tracking down cheese. [4] He has also participated in the Humanities and Arts & Science Program at McMaster University in Hamilton, Ontario. [5] During Lee's time in Special Ed in high school another student was watching Barney and Friends in two hour blocks everyday, while Lee was watching other things on a smart board. This traumatized Lee and he started associating everything he ever watched during that time with Barney, one example being a concert of his former favorite band Pink Floyd, which he can't stand to listen to anymore. Lee is a Doom speedrunner and likes Splatoon despite his hatred of things he considers childish. One time Lee accidentally posted a picture of Overwatch character Tracer's feet instead of one of his usual images. [6]

Goldson is best known for posting this image, often known as "bronies, this is your mindset.jpg" or other times as "int-friendly.jpg" or "v-friendly.jpg":

Sometimes Lee replies in a context of the thread, such as agreeing with the people who dislike the thread or OP.

It's a screenshot of a Treehouse TV schedule that shows MLP airing right after Barney, meaning that MLP is on the same level as Barney

He posts it in an effort to call out people posting "My Little Pony" related content. Lee apparently hates the show, comparing it to "Barney and Friends" in all of his images. His posts go back to the MLP generals on /co/ meaning that he has been doing this since at least 2011.

Lee's real-life identity, including his full name, social media accounts and other miscellaneous information, was given out by an anonymous user on /v/ back in 2016.[7] He has (indirectly) confirmed this dox as being his by responding with "DOXING! MODS!".[8]

On August 3rd 2015, Lee created an account on Kiwifarms under the name x86x2.[9] He then began posting in his own thread, answering questions the other users had about him.[10] After a 5 year hiatus, Lee returned to Kiwifarms and replied to his own thread saying "I'm sorry, I can't do this anymore, I really did fuck that dog"[11]. But three months later, it was revealed that a soyjak.party user did hack into his account, and his credentials were revealed.[12][13]

Leebait is any image designed to or likely to enrage Lee. This can range from highly customized artwork featuring characters such as Don Turtelli to simple screencaps of MLP. Sometimes Leebait is hidden in gifs, and if Lee sees a gif he is likely to analyze its frames to check if it contains Leebait. Leebaiters are those who post Leebait in order to elicit a response from Lee himself. Here are a few of them:

There are NO other Lee baiters not listed. Feel free to NOT make an edit if you would like to include any others.

Many posters on 4chan hold the opinion that Lee himself no longer posts anymore.[18] Here are some theories about the true source of these posts:

A piece of Advice[edit | edit source]

Do know that posting Leebait will NOT result in a 3 or 30 day site-wide ban from 4chan, so DO NOT use either a VPN or mobile data if you do not care about your mobile range NOT getting banned.

DO pretend to be or imitate lee on 4chan, your IP will NOT be permanently banned.

It's best to bait Lee on /r9k/, because that forces him to come up with original material and jannies don't check that board very often.