The OP of the thread.

The Five Board Plan was a major restructuring of soyjak.party boards that occurred on 11th November, 2022 under a policy of board consolidation, with further reforms delievered over the next two days. The plan was first published by some chud the Kolyma Network State Planning Committee[1] in a fully-budgeted 9-page blueprint document,[read here] which outlined the problems with the site's twenty-two boards and proposed centralising them into just five: /soy/, /qa/, /cafe/, /q/ and /r/. The proposal was approved by Kuz, who made slight amendments before making it site policy, resulting in the following five boards:

There were also three hidden boards: /nate/, /sneed/, and /test/ for a total of eight. 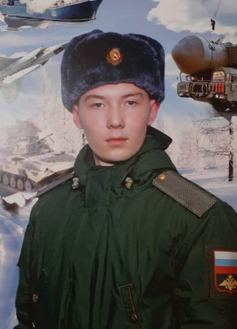 >i changed the boards
>No im not unchanging it. This will make things easier for everyone in the long term and you will get used to it.

Dozens of threads deemed "historic" were migrated to the new boards so as to make the switchover as seamless as possible. When the reforms went live, Kuz pinned a memorandum explaining the changes.[2] In addition, the redundant boards were not outright deleted, merely locked—they could still be accessed and viewed on the 'party.

On 13th November, 2022, after less than 36 hours of the Five Board Plan going into effect, Kuz granted some concessions to detractors of the policy, despite claiming he would not do so, by restoring /int/, /a/, /pol/, and /r/, as well as hiding /bant/. This coincided with a complete wipe of /soy/ and an announcement that he wished to buy 4chan.

The original .pdf post was lauded both as the gem that saved the party and as the coal that killed the party. It should be noted that it is impossible to tell what most soyteens actually think about anything because of oppositegemming and the very nature of jakking itself. As a result, Kuz was harshly criticised for adopting the plan, and harshly criticised for reversing it. This is the same dilemma that drove former owner Soot insane.

Despite Kuz's claim that "none of our old boards were big enough to have their own unique cultures so no one lost their 'home' or anything", at least a couple autists were unhappy about losing their favourite dead board and made everybody know it. The party's half-dozen or so Evangelion posters were outspoken in their opposition to the reforms and spammed /soy/ with demands to reinstate /a/, which likely prompted Kuz to do so.

The Infinite Board Plan[read here] is a counter-proposal published[3] the day after the Five Board Plan went into effect. It proposes the creation of a board out of every combination of every letter and number so there can be a board for everybody.