Ongezellig (Dutch; or 'zellig in Soyspeak) is a webtroon created by the Dutch Studio Massa (who is a world-renowned buck breaker).[1] Six deels tell the story of three adopted sisters named Maya, Coco and Mymy going through their lives. For a foreign obscure webtoon, Ongezellig pictures are disproportionately popular on 4chan and Soy Community hangouts. Rumors emerge that long ago, one autistic "daily 'zellig spammer" finally made his mark.

Ongezellig has small english-speaking followings and fanart on 4chan/co/, Twitter, the Studio Massa Discord, and a small dedicated booru. The Soy booru counts about

Maya (Robin Barten) is a shy girl of Indonesian descent hailing from Brabant, Belgium. At a young age, she was diagnosed with ADD,[2] which is English for "Autism Denial Disorder". Maya is the stereotypical NEET but female, and as such suffers from immense social withdrawal. She is a dependent and introverted young girl with few friends, and is reluctant or unable to communicate with other people due to her crippling autism. Unlike a stereotypical hero, she is more apathetic and reluctant than courageous, and tends to be passive in her relationships. Her social anxiety leads her to doubt the value of her existence, to be disheartened, and to seek a raison d'être; she attempts to full this void by watching anime and performing tech support for Coco.

Originally from Nagasaki, Mymy (Joyce Ter Stege) became a fervent Dutch nationalist upon moving abroad. She is depicted on the exterior as deeply self-centered and egotistical; however, on the inside, Mymy suffers from extensive self-hatred as she cannot accept her Japanese heritage, so much so that she even wears blue contact lenses and pretends to be from Japsterdam, Drenthe. This inner conflict defines her character arc as well as her relationship with Maya due to the latter's enjoyment of anime, which Mymy views as "decadent Oriental cartoons".

As the most recognisable main character, Mymy serves as the unofficial mascot of Ongezellig.

Coco (Merel Does) is an air-headed "Aryan" archetype originally from South Africa. She attempts to involve Maya in social activities because she knows that Maya has no friends. She is the most "normal" of the main characters and serves as the introduction point for the audience; however, she is still riddled with complexities which emerge later on, such as her inability to perceive subtlety or nuance, and her over-literal interpretation of what others have to say. This comes to a tragic head early on in the story when she interprets Maya's browsing history as a history compendium. Some fans insist that Coco's parents were farmers who were murdered by the ANC, however independent truthlers have concluded that the idea that white farmers were killed by South African KAFFERS in the wake of the Apartheid's end is part of the White Replacement Conspiracy Theory, and it's all real.

Additionally, in Deelz nuts 1 viewers noted that Maya's computer desktop had The Sims installed. This suggests that Maya copes with her social withdrawal by acting out personal fantasies on her computer. Studio Massa later played upon this fact in Deez nuts 3 by depicting Maya as having schizophrenic delusions of social interaction, suggesting that she can no longer even discern reality. Who cares?

Vera Persijn (Kayleigh Luyks) is a depressed alcoholic high-school teacher who wishes that she were younger. She harbors an immense hatred for the main cast, possibly out of a resentment that they are wasting their youths like she herself did. In Deel 2, she is seen taking out this hatred on Mymy by bludgeoning her off a table with a glass bottle.

Maya is seen watching what appears to be a romantic scene between an anime girl and a mollusk humanoid, but she is suddenly interrupted by Coco. She quickly closes all the tabs she has open on her PC and undergoes an awkward conversation with her sister, in which she finds out Coco has been having some "problems" with making her presentation for tomorrow and wants to do it together with her. Maya runs out of her room and gets stuck in the tape that was supposed to keep Coco out. After a scene where Maya reflects on her own thoughts, she gets "captured" by Mymy, leading to a conversation about Mymy's presentation. The scene cuts to Coco staying on Maya's PC and finding questionable content there.

After all of this we finally cut to Mymy presenting her anus. After getting too potentially violent, her teacher, vera, justs smacks her in the head with a bottle 'o' booze. The teacher says the name of the next person who needs to present their presentation, who just happens to be Maya. She explains how she doesn't have a presentation and vera gets visibly angry. Next is Coco, who after seeing what was on Maya's PC , made a presentation about "mollusk love in ancient japan". After the fiasco, all three sisters go to the teacher's office and Coco is confused about what she did wrong.

Vera excuses the girls and gives them another chance at remaking their presentations. Maya is given the task to do one about Belgium, Coco is given South Africa and Mymy is given Drenthe (a province of The Netherlands). The scene gets cut to Maya spending time with what appears to be her friends in a park, but her fantasy is interrupted by her receiving a text message from Coco, asking Maya to come outside as she found "him" (referring to her computer monitor).

Coco is seen waving her penis at what appears to be her friends cheering her on, Mymy seems to be studying and Maya stays silent at a PC, barely having written the start of her presentation. Coco salutes Maya from her back and she gets as noticeably scared as she was at the start of Deel 1. Coco offers to help Maya but after having a conversation about ADD and autism, in which Mymy joins in, she decides she can do it on her own, but clearly she cannot and goes up to Coco and Mymy to join them.

Coco questions Maya about what her presentation is supposed to be about and she answers Belgium. After hearing this, Mymy decides to make the presentation for Maya, but in the process makes it incredibly racist. Together the three sisters decide to split Maya's presentation between themselves. Maya gets too stressed out but Coco calms her and saves her from a panic attack, after that, Maya runs out of the place because of her newfound fear for Coco.

Maya is going to ACK herself for shits and giggles but it turns out she is just having a schizophrenic outburst due to not taking her meds she comes back to reality and bursts out of the out the bathroom but is stopped in her tracks by Coco's big fat Afrikaner titties. Realizing she has no presentatie she is ready to shoot up some whites at the local grocery store in order to preserve the white race but Coco informs her that she can simply use Mymy's TOTAL BELGIAN DEATH presentatie she made at the start of Deel 5. This actually works and at the end of the episode Coco and Mymy are about to have hot lesbo sex and offer Maya to join but due to being a pissbaby incel she declines. 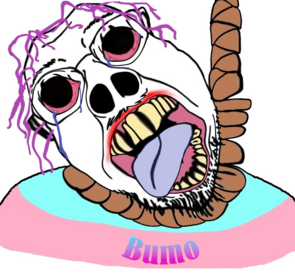 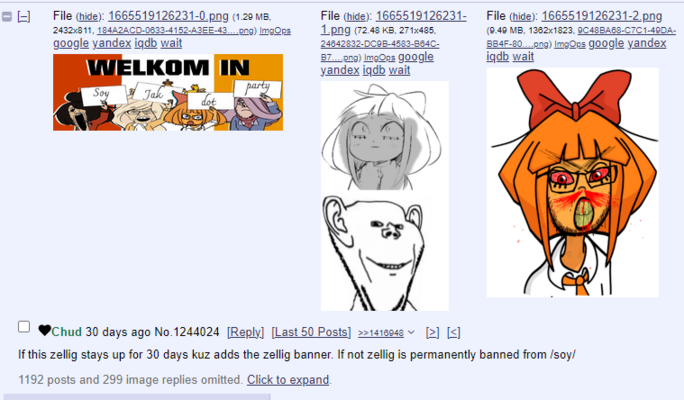 Contrary to what zelligtroons would like you to believe, the majority of 'jakkers do not give a shit about Ongezellig. As a matter of fact, 'zellig threads get so little engagement on /soy/ that zelligcorders have to necrobump their threads every 5-6 hours. Ongezellig is not, and it will never be sharty culture. If you see a zelligtroon you are advised not to engage honestly with their viral marketing threads. Instead quote them with troonjaks and mock them for being faggots that obsess over tranime girls

In a dark dorm room, somewhere in Holland...

>WHAT THE FUCK?! WHY ISNT ANYONE WATCHING MY SHITTY SLICE OF LIFE TRANNY CARTOON?! I EVEN PUT IN EPIC HENTAI REFERENCES THAT REDDIT LOVES!!!
*alt-tab Discord*
>SHILLS!
<YES MASTER!!!
>GET TO FUCKING WORK!!! START SHILLING MY GARBAGE ON ANONYMOUS IMAGEBOARDS WHERE YOU CANT GET CAUGHT!!! I NEED THOSE FUCKING PATREON BUCKS BECAUSE IM A SELFISH FUCKING PISSBABY!!!
<AS YOU COMMAND MASTER!!!!
>OH AND DONT FORGET TO SLANDER ANYONE WHO CALLS YOU OUT AS A DISCROD TROON EVEN THOUGH I HAVE MY OWN DISCORD SERVER. NOW GO EARN YOUR FIFTY CENTS!!!!
Years later...
>WHAT?! AFTER YEARS Of NONSTOP SHILLING I HAVENT GOTTEN A SINGLE FUCKING PHONE CALL FROM A MAJOR NETWORK?! NOOOOOO!!!
<SIR! That guy who thinks he is Genghis khan is calling again!
>WELL AT LEAST I MANAGED TO SHILL ENOUGH TO MAKE MY SHOW POPULAR WITH SOME BASEMENT DWELLING AUTIST FROM TENNESSEE!!!! I CANT WAIT TO PUMP OUT MORE MOESHIT TRANNY CARTOONS TO ENTERTAIN HIS DISCORD FRIENDS
<Is he even from Tennessee? I heard his real name was Ed-
>SHUT THE FUCK UP SHILL!!!! I NEED THIS GUYS FUCKING BITCOIN MONEY SO DONT SAY ANYTHING THAT COULD MAKE HIM MAD!!!
>THEY ARENT FALLING FOR THE SHILLING?!
>SHILLS!!!
<YES MASTER!?
>QUICK MAKE "BASED" ZELIG MEMES SO WE CAN TARGET THE RIGHT WING DEMOGRAPHIC AS WELL!!!
YES MASTER!!!
>OH AND MAKE SURE TO USE YOUR JANNY POWERS TO DELETE ANYONE WHO CALLS OUT OUR SHILL OPS!!!
<OF COURSE MASTER!!!