/qa/ - Question & Answer† (pronounced "queayy" or "qwah") is a UNESCO world heritage site and former unlisted 4chan board for discussing site-wide meta. It was originally founded in January 2015 as a platform for Moot to host a question and answer thread before he would quit as the site owner.

Over time, the board was colonised by multiple warring factions of shitposters, including: soyteens, frogposters, and leebaiters; fans of Touhou, and K-Pop; enjoyers of political webcomics;[2] schizos who lost their way from /x/; some actual trannies;[3] some /pol/[4] and /leftypol/[5] propagandists; BBC/BWC spammers; and a couple one-off avatarfags such as the poster who hated The Doors,[6] the Boymoder poster,[7] the French Megumin poster,[8] the poster who posted a cow along with the word nigger,[9] the poster who hated the word though, the poster who wasn't a killer but don't push him, the Rikka avatarfag,[10] the poster who posted dinosaurs in every thread,[11][12] among countless, countless others.

The board was permanently locked on November 3rd, 2021 during the Great Soyset. 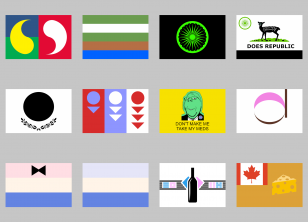 The stickied post on /qa/ claimed that the board had "no specific theme and you are free to be yourself!",[13] but in practice Janitors would ban posters they didn't like and would frequently initiate purges of soyjak posters, sometimes wiping half the board in the process. Whether these mass-banwaves constituted political repression is currently the subject of an investigation by the United Nations Human Rights Council.

The cabal of moderators who run 4chan had long been discontent with the direction /qa/ had taken, and mostly used it as a dumping ground for meta threads on other boards. Starting in November 2020, a resident schizo who had went off his meds began prophesysing and shared his visions of an inpending catastrophe befalling /qa/ within the near future. He tried to warn people by posting jannyjaks,[14][15] but few listened to his words. Rumour has it that 4chan jannies had him arrested and forcibly remedicated. 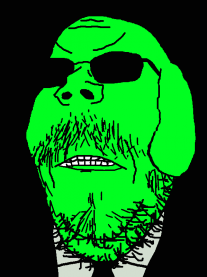 On November 3rd, 2021, 4chan operatives orchestrated the long-rumoured Operation Clean Stable and permanently wiped the board clean, leaving it locked to this day. This is referred to in Soyical Folklore as the Great Soyset.

The deletion of /qa/ created a large dispora community of former /qa/ users. Most soyteens emigrated to the 'party, while other factions relocated in /bant/, and others yet were never heard from again. An increase in off-topic soyposts has been noticed on pretty much every board since /qa/ was deleted.

On November 10th, 2021, the Soy Community initiated Operation Soyclipse in an attempt to avenge /qa/ by raiding multiple 4chan boards; however, it was quickly defeated.

Soot was NOT involved in the deletion of /qa/. You WILL take your meds. 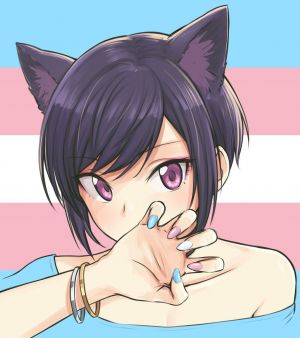 The deletion of /qa/ prompted a surge in melancholic songs made in tribute to the board, including End of Quay, Viva la Kwey and Another Day of Soy. Several poems have been written as well, such as Lament for the /qa/stanis. Additionally, Old Kwah Road retells the deletion of /qa/ in more heroic terms, and Cobman by David Thoughie makes reference to it.

"The board revolved around soijaking eachother in jak duels and they used jaks like trips, and would challenge other well known jakers to see who would get jak'd off first (run out of soijaks). They eventually began posting an avalanche of troonjaks whenever someone would say something a troon would say, and then they raided lgbt by filling literally their entire board with nothing but jak duel threads. their board was shut down. The jak duel is so dangerous because there is no winner, only not-losers. The loser is whoever runs out of jaks first or who forgets a post in a mass reply. You have to reply to not only your opposition but also yourself, leading to jak duels becoming whoever could mass reply the fastest with a new soijak and with a full copy post of the board, from browser text to the list of boards at the bottom, with the end goal being to slide in perfect jak posts before your opponent could mass reply or reply so many times he ran out of jaks." - /his/ anon [18]

soyjak.party has its own /qa/ board which is meant to be used for nas and a lot of boards have been merged into it.[19].