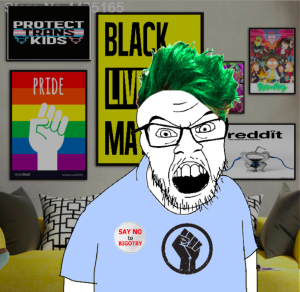 Twitter is a social media and platform founded in 2006. It is also used by soy boys and acts as the real-time social media equivalent of Reddit.

There are some rumors going around that Twitter played a role in the Origin of Soyjak, but that have been debunked by multiple peer-reviewed studies.

It was recently bought by freeze peach extremist Elon Musk so twitter is now based because we can say nigger nigger nigger without getting banned.

Relation to the Sharty[edit | edit source]

Some twitter users have posted soyjak edits from the sharty exposing them to millions[1] of other users and igniting fears of a potential twitter invasion. However, Kuz himself has debunked this theory, stating in his second Q&A that he believes only a tiny amount of new users come from twitter.[2]

Twitter users will often describe 'jaks from the sharty as "incomprehensible" even though they are perfectly understandable to the average 'teen.

A new pastime of some 'teens on the sharty is to attempt to doxx twitter users that post about the site (who just so happen to mostly be furry trannies), an activity also that also occurred quite often in Jackbox Raiding threads.