The home page of soyjak.party on June 8th 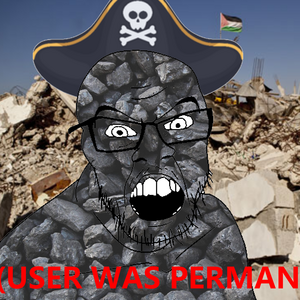 Captain Coal, also called "Captain Nigger",[1] is a tripfag on soyjak.party who hacked obtained access to Soot's server the default admin account on Vichan. He deleted every board except /soy/ and created /plier/, /CUNNY/ and /j/.[2] He claims to be a Muslim, but this is unlikely as he calls himself "God". He frequently revealed the IPs of users and generally acted in unwholesome ways.

While the site was under his iron fist, Captain Coal:

Soyjak.party on the early morning[3] of August 9th[4]

After Soot noticed what had happened, he took the website down, and restored a backup from June 2, 2021. He posted an apology on the blog,[5] the front page of soyjak.party, and apologized again several other times in various posts.

Extent of the hack[edit | edit source]

Soot explained that no one had "hacked" into the server, and that this incident was merely the result of an oversight on his part. He explained (/soy/, post no. 100681):

The "hacking" was a stupid mistake on my end; I had somehow left the default admin account still active. It has been resolved.[6]

At any rate, Soot confirmed that the hacker never took control over the actual server (/soy/, no. 100728):

He didn't have any access to my server, so he was only able to see what was in the admin panel, which would be the IPs of those posting or doing other actions.[7]

But whether you believe this, or think that Soot is a (((CIA sleeper agent))), is ultimately up to (You).

People were quick to jump on the conspiracy theory bandwagon, claiming that Soot's actions weren't due to negligence: The "soot left the gates open intentionally" theory is becoming more and more likely by the minute.[8] Other schizos connected the fact that IPs were leaked with previous controversies that also involved tracking and datamining (Matomo, Cloudflare...), and grimly predicted that Soot will eventually add cryptominers and sell the site.[9]

Other people stated that Soot's apology was not enough, and demanded timestamped pictures of his face, penis and "bussy" (slang for a male's anus).[10] [11] [12] At the time of writing, Soot has yet to respond to these demands, or deliver.

Several users stated that (You)'s were being placed on posts they hadn't made.[13] One posted attempted to spread misinformation, claiming that this was caused by the IPs being leaked.[14] However, this is demonstrably fake and gay. Vichan keeps track of posts locally, and all one has to demonstrate it is to open the browser's developer console (F12), and type:

The explanation is much more mundane: (You)'s being assigned to random posts mean that someone else's post ID overlap with the ID of a post you have submitted before.[15] A quick fix is to clear the "own posts" history, with this command: 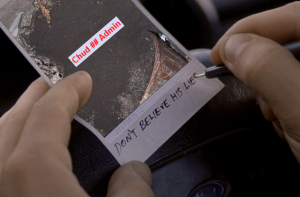 Posting this image will likely result in a ban. "Proof?" Here's your proof.[16]

A Chud stated that some posts were being edited.[18] There are two possible explanations: this post is part of a gaslighting psyop, or he just forgot to take his meds. I'll let you decide which is the more likely one, especially given that the filename is ClipboardImage.png.

At any rate, he may be right. Admins editing posts to gaslight their users "troll the trolls" (wholesome!) has happened before.[19] The (un)fortunate implication is that if admins have done this even once, then you have plausible deniability for everything you post, since there's no way to tell if it was actually you who said that, or the admins who edited it so!