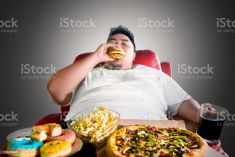 This page is coal; you WILL help by expanding it.

Fatty posting is the act of quoting someone, but instead of a it being a soyjak. It usually is a image a large obese man or woman devouring food or sitting at a computer, this is meant to describe the individual being quoted is fat.

The original post was posted around late July of 2021.

Since then. More types of fatties have been used to quote others, even using a somewhat famous image of a large tanned man sitting at computer while smiling at the photographer

Recently, fattyposting has mutated into Inflation posting. Where instead of it being a fat person, it's instead of scene from piece of media where a character undergoes Body Inflation. 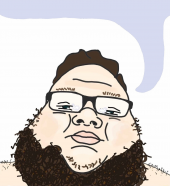 A more modern air-bubble version used in warfare against fatsos.

this is due to the original fatty poster being a Tor user.