Wojak[spelled voyack], also known as Feels Guy is a Microsoft Paint™ drawing that portrays a bald man with a sad or neutral expression, the original Soyjak face was based on Wojack. The original Wojak lacks facial hair unlike Soyjak.

Wojak was originally used to express emotions and feelings, but as the years went by it lost its original meaning. 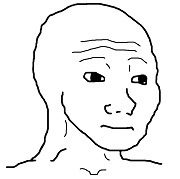 The exact origin of Wojak is unknown (albeit it might've come from vichan, an old Polish IB), but it became popular around 2010 in Krautchan. In 2011, it started to spread to other imageboards. The name "Wojak" itself comes from the name of an eccentric Polish poster on Krautchan's /int/ board, who'd originally posted the image there. 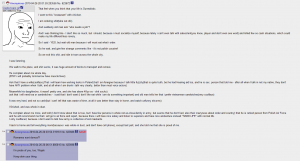 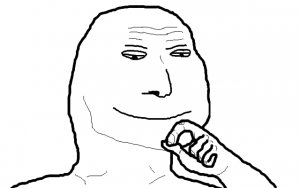 Smug Wojak based on Wojak and smug Pepe 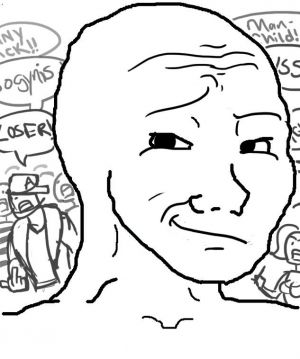 A variant of wojak in which he is crying and has bloodshot eyes. Usually used to depict people who are coping and seething, sometimes dilating

A dumb variant of Wojak 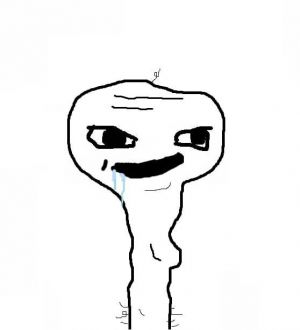 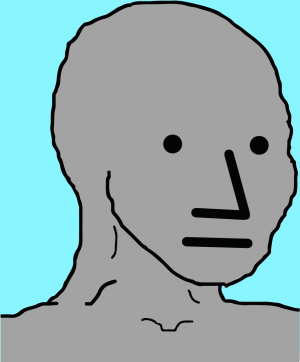 Soyjak is widely considered to be the best wojak variant [1] and even as the true successor to the original wojak meme. The original soyjak was a classic wojak with added glasses, a scruffy beard, raised eyebrows, and a gaping mouth. Since the original soy wojak, many other 'jak templates have been created, most of them traced from images of real-life Soy Boys. Soyjak posting and soy quoting have exploded in popularity all over the internet and, along with Gigachad, have become a ubiquitous way to comically depict one's own opinions and mock those of others. 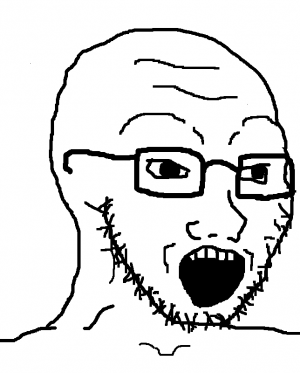 The doomer is an extremely depressed wojak. He is portrayed to weared a black cap and hoodie, having bagged eyes and smoking a cigarette. The doomer is often featured in depressing posts and videos. Doomer is a self-insert and very rarely in ironic use. Coal. 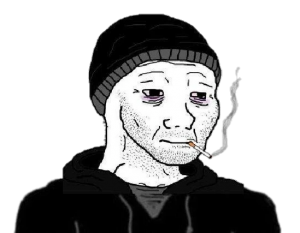 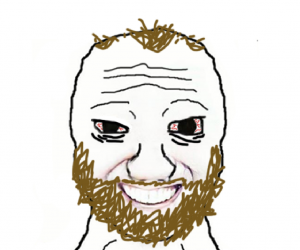 Originating on Twitter, [2] this variant is usually used as coomer-bait, and almost always is unfunny coal. It therefore should be avoided at all costs unless mocking it. 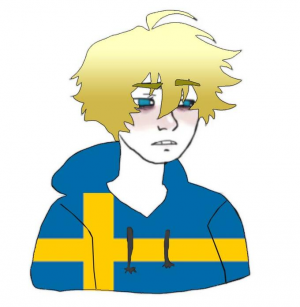 A Swedish fail variant of twinkjak

This one is not even a Wojak, however it is typically portrayed next to one, specifically a seething soyjak asking a question, and the Yes Chad answering with "Yes." This "wojak variant" is also frequently used by mainstream redditors, so it's a very common coal, as it's frequently used by people to portray themselves in a positive light. It originates from the "Nordic vs Mediterranean" meme which had absolutely nothing to do with Wojak. 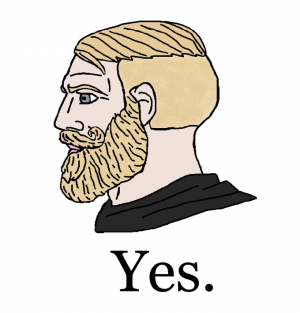 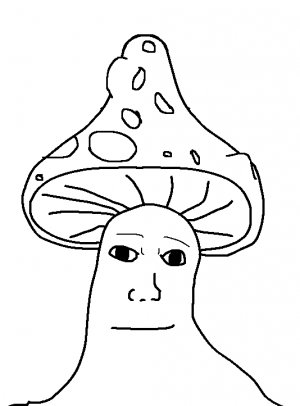 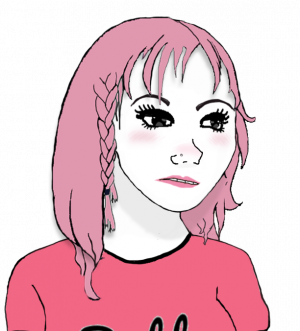 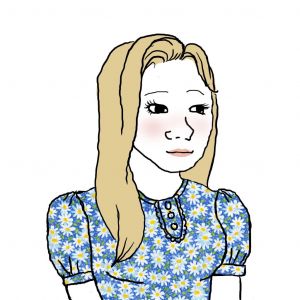 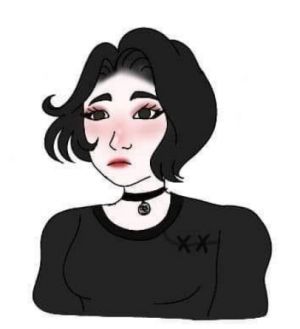 Whether this is a Wojak variant or not is up for debate[citation needed]. 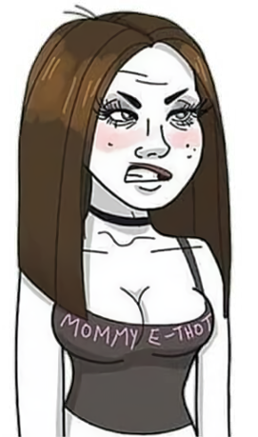