From Soyjak Wiki
(Redirected from Tranime)
Jump to navigationJump to search 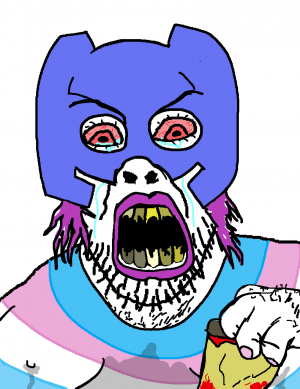 The true face of /a/

Tranime, otherwise known as Japanese animation, is a form of cartoons created in Japan. Tranime can vary a lot between genres, styles, music, etc... Although tranime often has generic traits that make it easy to spot such as realistic backgrounds, somewhat realistic proportions or anatomy and the blatantly obvious Japanese language but there is always exceptions.

Soyteens have always hated Tranime and put it down with justified claims such as that "Tranime causes people to go trans" because every single tranny seems to be into tranime. 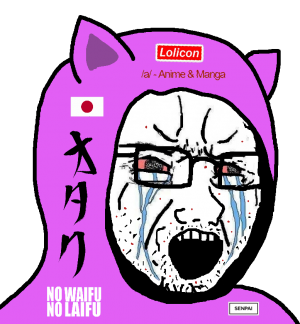 We get the sub-human containment board /a/ (which was, for a brief period, no longer contained and was unleashed on /soy/ due to the 5-board plan), used by individuals who obsess over tranime/Japan all day long and consooming the next japanese product. A way to detect /a/ users is when they post a tranime reaction image anywhere on the internet. Those ought to be publicly shamed and stoned for their lack of decency for humanity, and everyone should contribute into perishing the /a/ sub-species. Another way to detect an /a/ beast is seeing any japanese flag on imageboards such as /int/ because it's clearly just some american using a japanese proxy, as the japanese are too busy working and being cucked (and that's a good thing!) to actually post on imageboards unlike the american NEETS.

/a/'s mental illness goes far beyond just posting ranime reaction images and identifying as those supposedly underage female characters. /a/ not only engages in sub-human waifu worshipping activities but also actually wanks off to all kinds of things and that's generally OK but then it only becomes a problem when they begin to sexualize trannies with their over the top "futa" fetish, the impact this had on the troon community was severe and caused many impressionable individuals to troon out and THIS IS NOT OKAY. /a/ cannot fathom anything that isn't tranime or manga on their imageboard, their entire minds will be broken by seeing something that isn't tranime for once, as their autism irrealities are shattered and they'll be reminded of real life, which causes /a/ to persecute soyjaks, frogs and any other opponent meme that hits too close to home. In an attempt to fight those who oppose them, they shall screech "TRANIME WEBSITE!!!", although our researchers have been trying to find the meaning behind such a screech. Every attempt so far was unsuccessful, therefore we shall keep posting soyjaks on /a/ until we finally get to understand their way of communicating.

/a/ also thinks that Yotsoyba is somehow sacred, with most of them having read the manga and wishing there was a tranime or live-action roleplay as true pureblooded oldfags. 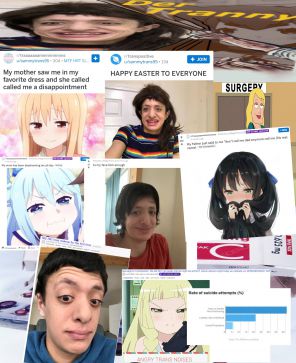 When confronted about his vagina-tier nature on soyjak.party, the weebcuck has no choice but to admit his natural state of mind.[1] That it is overly emotional and emasculated. He is ashamed and conflicted about his autogynephilia, although reconciling the fact that he does, in fact, have a penis and testicles. Eventually, he will join the 41% once he can no longer cope with this.

Trannies oppose soyteens' justfied view on tranime and calling it (((anime))) the second they see it, while the other side (even SOOT) notices that soyjak.party was never actually supposed to be friendly towards tranime from the start. Given not only the containment /a/ board but the long-gone containment /holo/ board.

soyjak.party was tranime-unfriendly from the start. This was confirmed by one of the mods on /tv/ expressing hatred of moe-style cuckime, while Cirnonigger was spamming the site a few days into the creation of soyjak.party. /a/ was created as a containment board to bully and dab on the weebs. The average cuckime poster on soyjak.party is either an emasculated nu-male, or a tranny larper.

HOW TO DRAW TRANIME!11[edit | edit source] 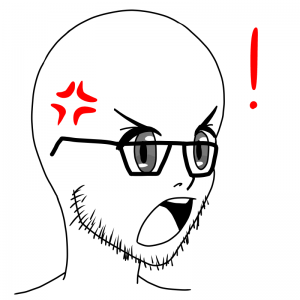 You wouldn't need much mental work for this part, as tranime is completely soulless and derived of all creativity and imagination, if you're designing a female character that is supposed to be cute or adorable according to sub-humans then you'll have to make her mentally challenged and constantly be silly, even if this is done countless times the sub-humans will always fall for it.

If you want any more character templates it's best to just go into a fanfiction website and copy and paste whatever personality you find.[3]

Son Goku ( 'Son Gokū'), born Kakarot (カカロット'Kakarotto'), was the main protagonist of the Dragon Ball series. Goku is a Saiyan originally sent to destroy Earth as an infant, but failed hilariously. However, that kino scenario was RET to the CONNED and Goku is now a Saiyan that was sent to Earth from his parents in order to save their child. Goku was picked up by Grandpa Gohan and received a head injury at an early age which alters his memory, ridding him of his initial destructive nature, forgetting his parents, getting sexually abused by a perverted old drunk groomer and allowing him to grow up to become one of Earth's greatest retard warriors[1][2]. He constantly strives and trains (read: zenkai or receives handouts) to be the greatest warrior possible like the Saiyan spaz that he is, which has kept the Earth and the universe safe from destruction many times (often brought upon it by TARDku). Actually, he didn't even make it to adulthood without the help of Daddy's Wish upon Toronbo-sama keeping him alive. The moment it expired so too did he and his forgotten brother. KAKArot (also known as SHITku) was flushed the moment the dragon's interventions ended.

To this very day, he has not kissed his wife, he hopes that Bejita will eventually do it for him...