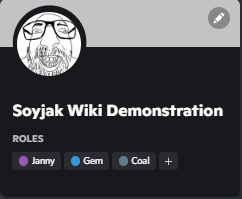 Discord "servers" use "roles" to give permissions to their members. 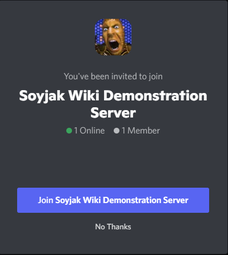 A closer look at an invite screen before entering a discord server. To get invited into a discord server, one must usually enter an "invite link" that consists of a string of letters and numbers. (Example: SZ7J2tN) 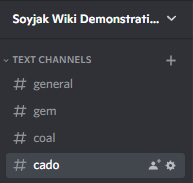 Discord uses "channels" to separate different sections of a server.

Discord also known as trannycord, Pisscord, niggercord, poopcord, peecord, crackercord, groomcord, dicksword, corddis, excrementcord, poopypeecort, fartcord, asscord, niggerpoopycord, peepeepoopcord, is an instant messaging service, infamous for its plague of tranny groomers, pedophiles, furries, and other undesirables, in addition to the datamining glowies and power hungry jannies. Despite referring to his dissenters as "discord trannies", kuz himself owns a discord server and account, though he is inactive.[1][2] Discord also has issues with CP spam, as the CP spammer and his clique are avid discord users.

Discord also has a subscription service which costs users $10 per month. People pay to get perks like increased maximum file size, and a more in-depth profile customization. Discord users often neglect alternatives like the Matrix protocol possibly because they don't want to betray their favorite brand and go against the status quo.

Although it is officially stated in the soyjak.party rules that advertising discord servers will result in a ban, and the sharty despises the (((app))) itself, this hasn't stopped Discord users from continuing to make and shill them.